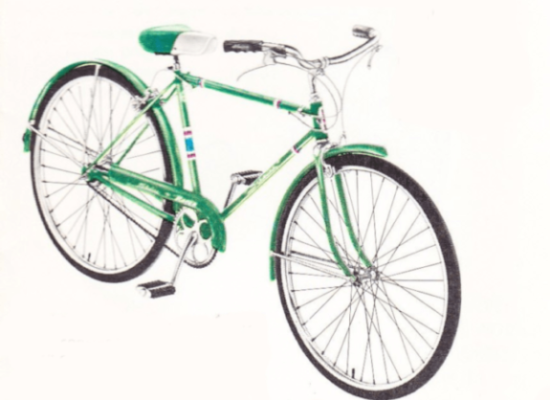 Have you ever wanted to rebuild a classic bicycle such as this old Schwinn bike? Read on to find out how to disassemble, clean, and repair a classic bike and make it usable again.

I wanted to rebuild a bike as a project, so I looked on Craigslist and found this Schwinn bike. It’s an old Schwinn Racer 3 speed and it is a viable candidate for rebuilding. The serial number lookup at bikehistory.org gives a manufacturing date of March of 1968, making this bike a genuine antique.

Notice that I am talking about rebuilding the bike, and not restoring it. The reason for this is simple. My goal is to enhance the bike’s appearance and make it ride-able again. Restoring the bike would involve making it like it was when it was new, but that would be prohibitively expensive. Original parts for an old Schwinn bike are scarce, so you end up looking for the best used parts available. I’ll use original replacement parts when I can find them. Otherwise, I’ll use more modern parts.

This bike is in average condition for its age. There’s plenty rust to remove and a lot of cleaning to do. These pictures show the condition of the bike when I brought it home.

I pumped up the tires and rode the bike and all I can say is it rides just like it looks. Everything works but there’s lots of squeaks and rattles. My plan of action is to totally disassemble the bike down to the frame. Then I’ll rebuild the wheel hubs, bottom bracket, and headset and move on to cleaning, rust removal, and parts replacement.

I’ll keep this article updated with links to show what I’ve done to this Schwinn bike as the work progresses. I’ll also post pictures of the bike when the work is complete. 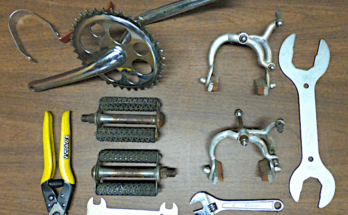